What is the first day of winter?

What is the first day of winter? 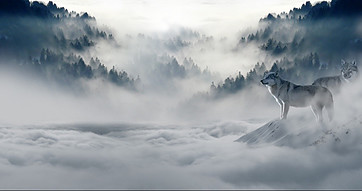 Is it the same first day of winter for everyone?

December 21st, or the winter solstice is considered the “shortest” day of the year, and likewise summer solstice would be the “longest” day of the year. This length of day doesn’t actually refer to a change in the number of hours as that will always be 24 hours per day, no matter what time of year.  However, it does refer to the number of “daylight” hours, or hours between sunrise and sunset.  If you live in the northern hemisphere you probably notice that after June 21st the days start to get shorter, meaning the hours of sunlight gradually decrease until December 21st.  After December 21st, the daylight hours will slowly lengthen again until they peak on June 21st and repeat the cycle.

Why can it be different every 4th year?

Due to the number of days in the year changing with each leap year, which happens to be four years apart, those years will have the solstice days off by 1 and then returning to the usual 21st of the month for the following three years.

Check out our other recent articles too!

What is colloidal silver?

Want to learn how to make an income from home?

Check out our referral link!