While frostbite can have both serious and permanent effects frostnip is not nearly as scary. 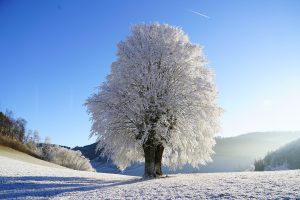 Both are most likely to occur on exposed skin, particularly on the extremities as the body tends to keep warmth for vital organs such as the heart prioritized well above that of fingers, toes, ears and the like.  Thus circulation is decreased and the skin is much more affected by cold when not able to internally keep itself warm.  Although often painful and visually displeasing the effects of frostnip are totally reversible once the skin is warmed back up.

The most common symptoms of frostnip include painful skin and extremities.  This could show up as an extreme cold feeling, itching, stinging, prickling, pain, and/or numbness.

If you or someone you know experience any frostnip symptoms immediately warm up the affected areas to prevent further and potentially irreversible damage from occurring.

Check out some of our other recent articles:

What should your pulse rate be?

Do penguins have feathers?